Kevin Zywna (Ziv-na) began his career in the personal finance arena in 1990 serving in various management positions for a multi-state credit union. In 1998, he first became a financial advisor at Bunting Capital Management. He and Dan Bunting worked together designing and implementing financial planning and investment solutions until 2003.

From 2003 to 2007, Kevin worked for a boutique multifamily office in Norfolk, VA as Vice President of Operations. In addition to serving as a primary contact for financial planning and investment counseling, he directed business operations, client service, and compliance.

Kevin rejoined Bunting Capital in 2007 to provide the firm with succession and continuity. In 2015, Dan retired and sold the firm to Kevin.

Kevin graduated from the University of Notre Dame with a bachelor’s degree in Business Administration and a major in Finance. He went on to earn an MBA degree from Old Dominion University where he concentrated in International Business. He completed the CFP Professional Education Program through the College for Financial Planning in 2000 and he earned the CERTIFIED FINANCIAL PLANNER™ designation in 2001. His writings have been published in a local business magazine and he appears as host of the radio show “Dollars and Common Sense.”

He is an active member of the Financial Planning Association of Hampton Roads, having served on its Board or Directors. Upon Dan's retirement, Kevin became President of Bunting Capital Management on January 1, 2016. In April 2018, the name of the company was changed to Wealthway Financial Advisors to better reflect the firm's primary focus on financial planning and expertise for creating advanced financial solutions. 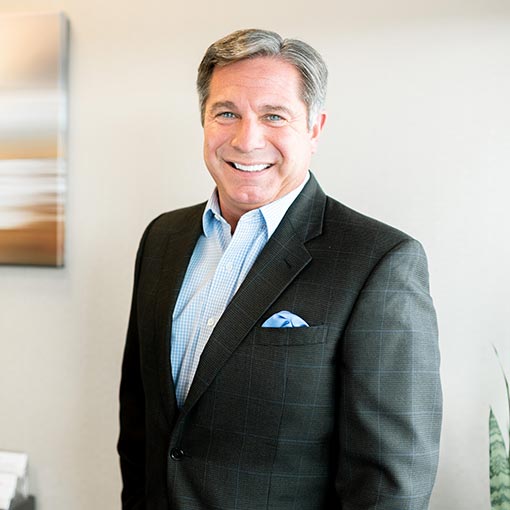 Sign up to our quarterly newsletter using the form below: